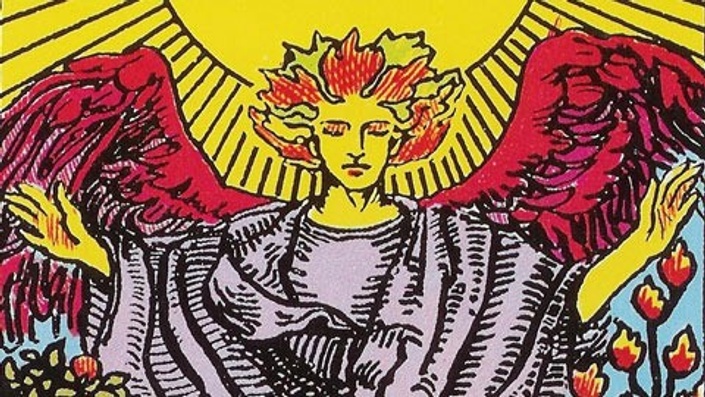 Master the Tarot as a tool of meditation, philosophy and divination—and the veritable key of the Mysteries.

“The Tarot is sacred.” – Alejandro Jodorowsky

In this class, you'll get an introduction to the use of a Tarot as a tool for divination—AND an incredible chance to unlock the true meaning of the Tarot, as a tool for mapping the cosmos and the totality of the human experience.

The Tarot emerged, mysteriously, in the European Middle Ages, and evolved from a deck of playing cards to a fortune-telling tool to an incredibly advanced occult device for understanding life itself.

The Tarot isn't just a deck of cards—it's the primary symbolic mandala of all Western Mysticism, synthesizing within its 78 images the wisdom of Qabalah, astrology, Hermeticism, Magick, Masonry, Western philosophy, a map of the human life span, a map of the cosmos and much, much more. It can truly be said that the study of the Tarot is the study of existence itself—and an incredibly fast and potent way to expand your consciousness to understand the eternal forms and truths of the universe.

And it can tell the future.

In this class, we'll be covering:

• The history and evolution of the Tarot, and the differences between the three accurate and working decks (yes, there are only three real decks!): the Marseilles, Rider-Waite and Thoth packs;

• The Qabalah, the underlying structure of the Tarot, and how the cards fit together;

• The Grand Story of the Major Arcana, and how it explains the human life-cycle;

• How the Minor Arcana lock together—and the elemental symbolism behind them;

• How to perform Tarot readings for yourself and others;

• How to get into the “oracular mindset” from which to properly perform divinations;

This hands-on, interactive class will show how a seemingly simple topic—a deck of cards—can open up the entire universe to you, whether you're an artist or writer looking for inspiration, a student of religion, a student of Magick or Qabalah, or simply somebody looking for a way to better understand existence and your place in it.

I contend that studying Tarot is as profound of a spiritual practice as meditation or prayer, is the tool par excellance for opening the floodgates of creativity itself, and is the veritable key of the very Mysteries themselves.

Hype? Hell no it's not hype! Take the class and find out!

Master the Tarot
Available in days
days after you enroll

"Excellent Overview. Jason gives a excellent starting point on learning more about the Tarot. A nice way to begin learning about a very deep subject." – Ryan

"Greatgreatgreat! This course is awesome! It covers Tarot in a very easy to understand, no frills but still fun sort of way. The information presented is straightforward and easy to comprehend. Being able to pace the course, since you have the recordings available at your discretion, is a wonderful bonus. Jason is an awesome teacher and I would recommend this course to anyone interested in learning about Tarot for the first time or to anyone looking to deepen their understanding of Tarot. Extremely worth your time!" – Gabriella